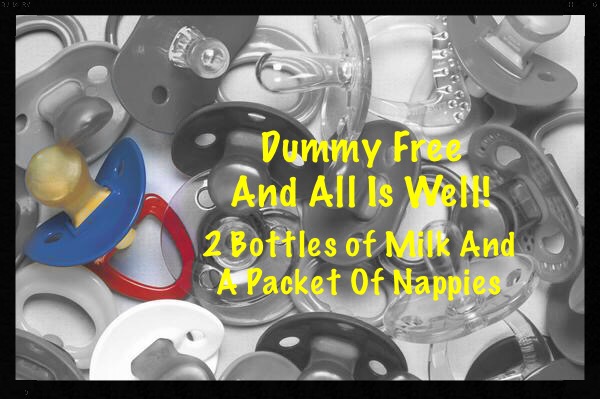 At the start of last week my wife and I came to the realisation that the cursed dummy had reached its life expectancy for our eldest son Oliver. He had begun to use it more for the sake of it then actually because it was soothing to him. So we decided to take it away completely, which to be honest we thought was going to be a nightmare.

On the first day we were going to take dummy away Keighley told Oliver a story of a mummy monster who was going to take his dummy for her baby to help it sleep, to which Oliver answered ‘no mummy, it’s my dum dums’ that night however the dummy was taken away and yes we had crying and not going to sleep straight away but eventually after a lot of consoling and support from mummy and daddy he went to sleep.

The next evening we were going through the bedtime routine and he asked for his dummy to which Keighley said no and reminded him of the mummy monster that had come and taken it for her baby to which he answered the same again that it was his dum dums, he went to bed and was read a story as usual it was then that the tears started but a lot less this time and within 30 minutes he was asleep.

Come to the third night and he was ready and raring to go to bed without ‘dum dums’ and was asleep almost instantly which was amazing considering less then a week before this was a kid that required a dummy and a muslin just to settle. Fast forward a week and he now proudly tells everyone that he is a big boy because he ‘wears pants‘ and also doesn’t have ‘dum dums’ anymore and we couldn’t be prouder that he has taken what is a huge step in his life and development into a full grown boy.

What were your removal of dummy experiences like we would love to hear from you.