Since having a C section with Oliver I have suffered lower back pain which gets especially bad when I have been doing loads of walking and in pregnancy. Which is why since booking Disneyland Paris in early pregnancy, I have worried about how I would cope with all the walking and being 27 weeks pregnant.

So, when I was contacted by Vionic asking if I would like to try out a pair of their shoes which are fitted with FMT technology and built in arch support as part of their #steppingintomotherhood campaign to reduce swelling and foot pain in pregnancy I jumped at the chance, they have a wide range of styles for all occasions, I picked out the Midi in grey.

Vionic suggest you start off wearing their shoes for a few hours a day to allow your feet to get used to be correctly supported but with the Disneyland trip rapidly approaching I was unable to do so. I was a bit worried I was going to end up regretting wearing them but to my surprise from day one I found the shoes very comfortable and didn’t suffer from any of the pains associated with new shoes.

So how did I get on? 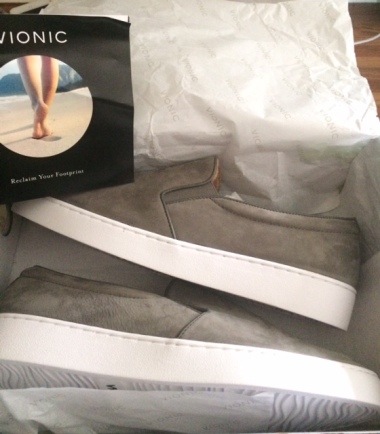 On day one of walking around the park I didn’t give my feet or back pain a second thought until come 3pm when my feet started getting hot and because we had popped back to the hotel without thinking I slipped on a pair of flip flops. What a mistake!! Within half an hour my unbearable back pain had started. That’s the thing with pregnancy and back pain you don’t notice it when you have not got it but when you have the pain nothing can take your mind of it. The second day was a lot cooler, so once again I put on my Vionic midi’s but considering how bad my back pain was the previous afternoon I wasn’t holding out much hope of being pain free but to my surprise I managed the whole day without any inkling’s of back pain, sadly I didn’t get away totally pain free I still had some ligament pain in my bump but at that stage of pregnancy its expected.

Since Disneyland we have had a few trips to London and two weeks in Greece and I can honestly say I don’t know how I would have survived without my Vionic midi’s.
The focus Of the #steppingintomotherhood campaign was how Vionic FMT technology can help reduce swelling in pregnant woman, well I have not experience any swelling in my feet at all but I can’t hand of heart say that is because the shoes or if it’s because I’m just one of the lucky ones that are not prone to swelling, I have worn these shoes in extremely hot weather, on two planes trips, two London trips and also two days of travelling backward and forward to Disneyland on the Eurostar so if my feet were going to swell they had plenty of chances to do so. 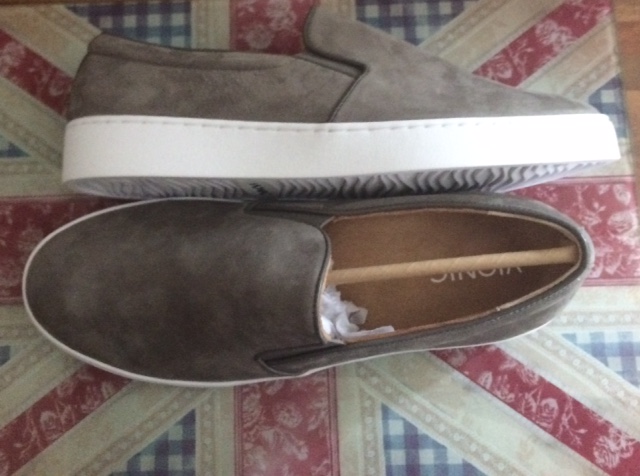 One thing I will swear by is the difference the shoes have made to my back pain, so much so I am already eyeing up the shoes in different styles and will be investing in a pair of their sandals asap in case the sun finally decides to rear its head over here in Britain and some more fancier shoes for after the baby is born.

Vionic shoes come in a wide range of styles which can be view on their website http://www.vionicshoes.co.uk/womens-shoes